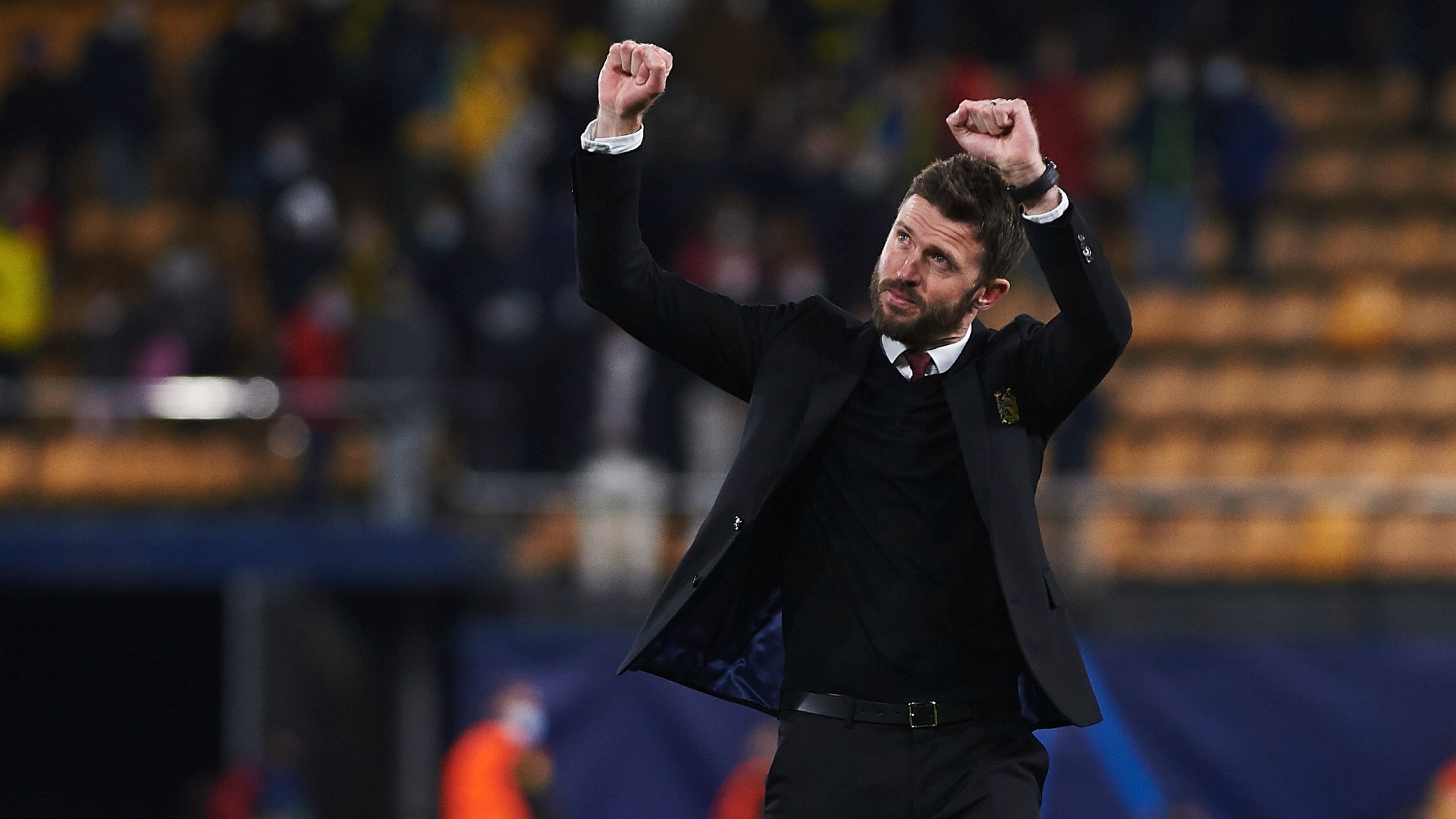 Michael Carrick insists he is fully focused on preparing Manchester United for Sunday's game against Chelsea, with the Red Devils reportedly on the brink of appointing Ralf Rangnick.

According to reports, the 63-year-old is set to take over the reins at Old Trafford as interim manager for the remainder of this season, with Ole Gunnar Solskjaer having been dismissed after last weekend's 4-1 defeat at Watford.

The Red Devils are believed to have agreed terms with Rangnick and Lokomotiv Moscow, where he is serving as their head of sports and development.

Carrick, who was assistant to Solskjaer, oversaw United's 2-0 win over Villarreal in the Champions League on Tuesday, and will remain in charge for this weekend's showdown with Premier League leaders Chelsea.

And the former midfielder, who played over 450 times and won five Premier League titles at Old Trafford, has his sights firmly set on the trip to Stamford Bridge.

"My future is the next two or three days – that's as far as I'm prepared to look," he said. "That's the right way to go about it.

"Football is that type of business – you never know what's around the corner at the best of times. All my energy is on Sunday.

"I'll control what I can control. How do I prepare the team for the next game? Everything else is not for me to worry about or get involved with."

"I'm literally just looking at this next game, a huge game. Whatever happens after that we'll have to wait and see.

"I didn't put myself in this position, but to be involved in a big game like this – as a player or coach – it's a hugely challenging game.

“Playing against Chelsea, they were always our big rivals when I first got here. I've got a history with them, but we thrive on that competition."

Rangnick's first game at the helm would be the home Premier League clash with Arsenal next week.

The German has managed five clubs in the Bundesliga and guided Schalke to a second-place finish in 2004-05.

He also steered them to glory in the DFB-Pokal six years later, as well as the Champions League semi-finals.