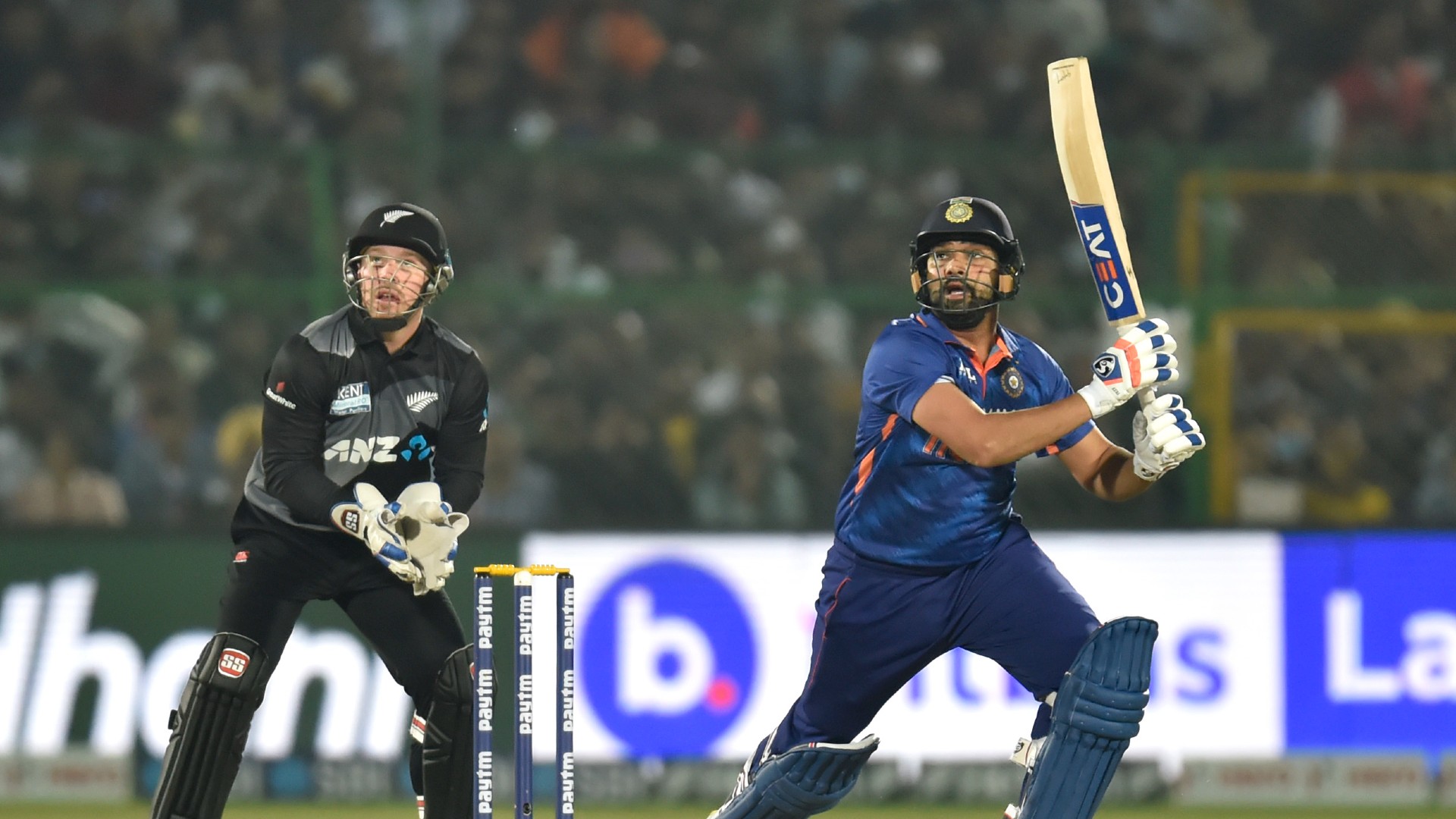 Rohit Sharma led by example as India started a new era with a five-wicket win over New Zealand in Jaipur on Wednesday.

Three days after losing to Australia by eight wickets in the T20 World Cup final, the Black Caps went down in the first match of the three-game series.

With captain Kane Williamson missing the T20 series to prepare for the Tests, Tim Southee stepped up to lead New Zealand, though it was his counterpart Rohit – taking charge of India in the shortest format for this series after Virat Kohli stepped down – who came out on top.

63 - This (63) was Mark Chapman's first half-century in T20I cricket for @BLACKCAPS ; he had also registered a fifty (63*) in the format whilst playing for Hong Kong against Oman in Abu Dhabi, UAE on Nov 26, 2015. Magnificent. #INDvNZ pic.twitter.com/sQAKMR9vf9

Rohit's brilliant 48 and an outstanding 62 off 40 balls from Suryakumar Yadav put India into a strong position in the chase, and with five overs remaining the result looked to be sewn up.

Yet Suryakumar's dismissal at the hands of Trent Boult saw some nerves set in for India, with Shreyas Iyer (five) and debutant Venkatesh Iyer (four) falling in a cagey finish.

Ultimately, Rohit and new coach Rahul Dravid got the win they craved with just two balls to spare when Rishabh Pant (17 not out) sliced a shot over mid-off and to the boundary.

Rohit up and running

Replacing Kohli as skipper is not an easy task, but Rohit showed his usual proficiency with the bat as he knocked off 48 from 36 deliveries, including five boundaries and two sixes.

Boult had figures of 2-31, with 21 of those runs coming from his second over. To further compound his frustration, the paceman dropped Suryakumar on 61, not only failing to take what should have been a relatively simple catch, but also seeing the ball go to the boundary to boot.

He did at least end Suryakumar's stint at the crease in the next over, though those runs proved costly.