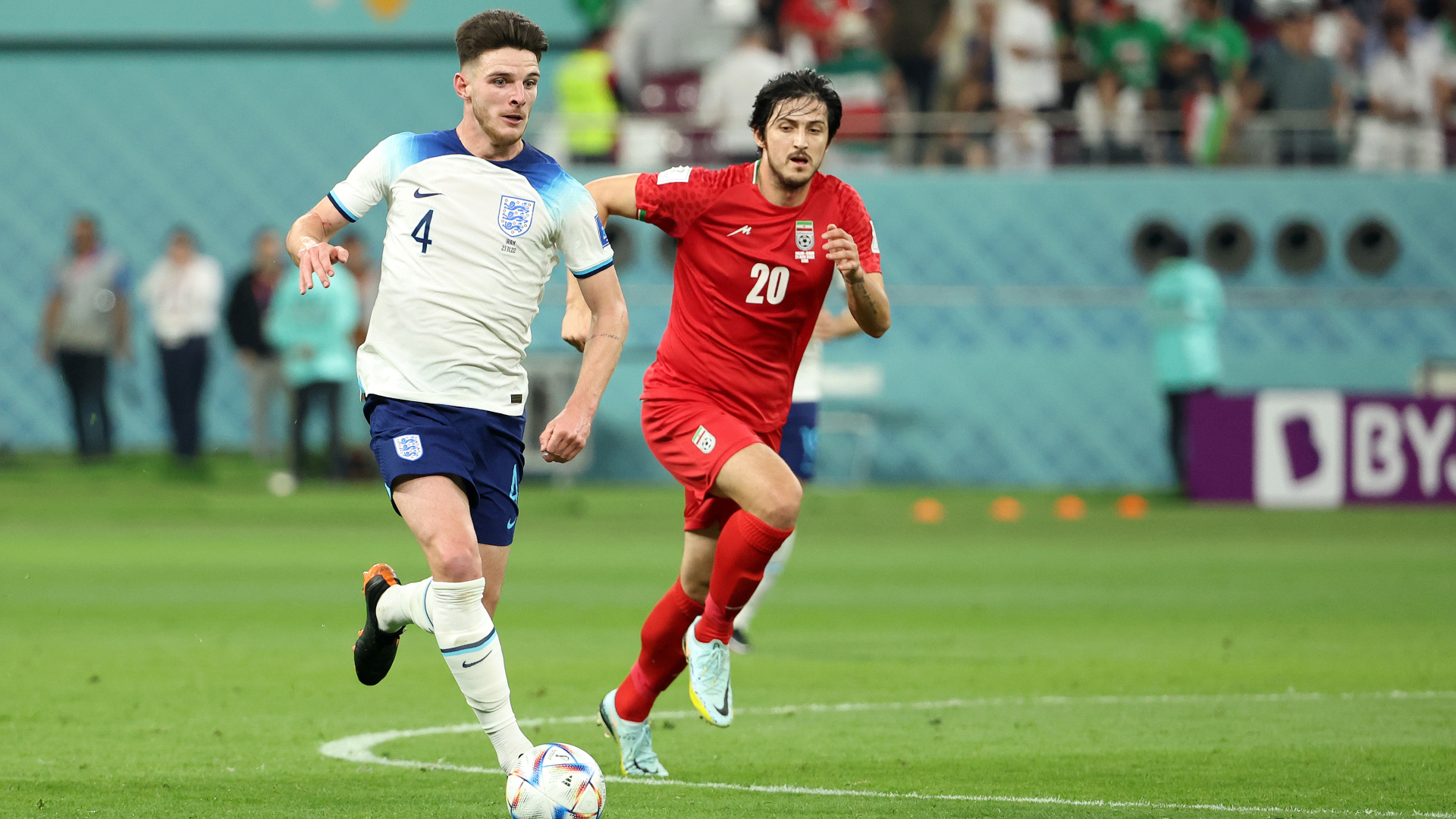 Liverpool are reportedly keeping a close eye on Declan Rice's performances for England at the World Cup, and will prepare a move for the West Ham midfielder if they feel he handles the pressure of the big stage.

Rice, 23, played in all seven games for England in their run to the Euro 2020 final, and he has played in every minute of West Ham's 15 fixtures this Premier League season.

The defensive midfielder is a favourite of manager David Moyes, who declared in April that his price had risen to such an extent that "£150m just now would be minimum" – but his contract situation could force the club's hand.

TOP STORY – LIVERPOOL WATCHING IF RICE CAN RISE TO THE CHALLENGE

According to Football Insider, Liverpool boss Jurgen Klopp is a "huge admirer" of the man with 35 international caps already under his belt, but he still wants to see more.

The report claims Liverpool will be paying attention to "how Rice copes with the type of scrutiny and huge-game pressure he does not get at West Ham, who do not compete in the Champions League or challenge for trophies".

Rice's contract ties him to the club until 2024, although there is a club-option to extend the contract for an extra year.

He turned down a bumper new deal earlier this year that would have paid him £200,000 per week, indicating this will likely be his last contract with West Ham, and that factor will drive his price down the longer the club waits.

- Sport are reporting Manchester City are close to locking up Pep Guardiola on a new contract through 2025.

- Chelsea's Christian Pulisic will likely be headed to the Serie A, per Fichajes, with Inter and Juventus said to be competing for his signature in January.

- AS are reporting Atletico Madrid will loan out Joao Felix in January after a lack of transfer interest.

- Newcastle United will make another run at 21-year-old Watford forward Joao Pedro, according to Football Insider, after having a £30m offer rejected before the season.