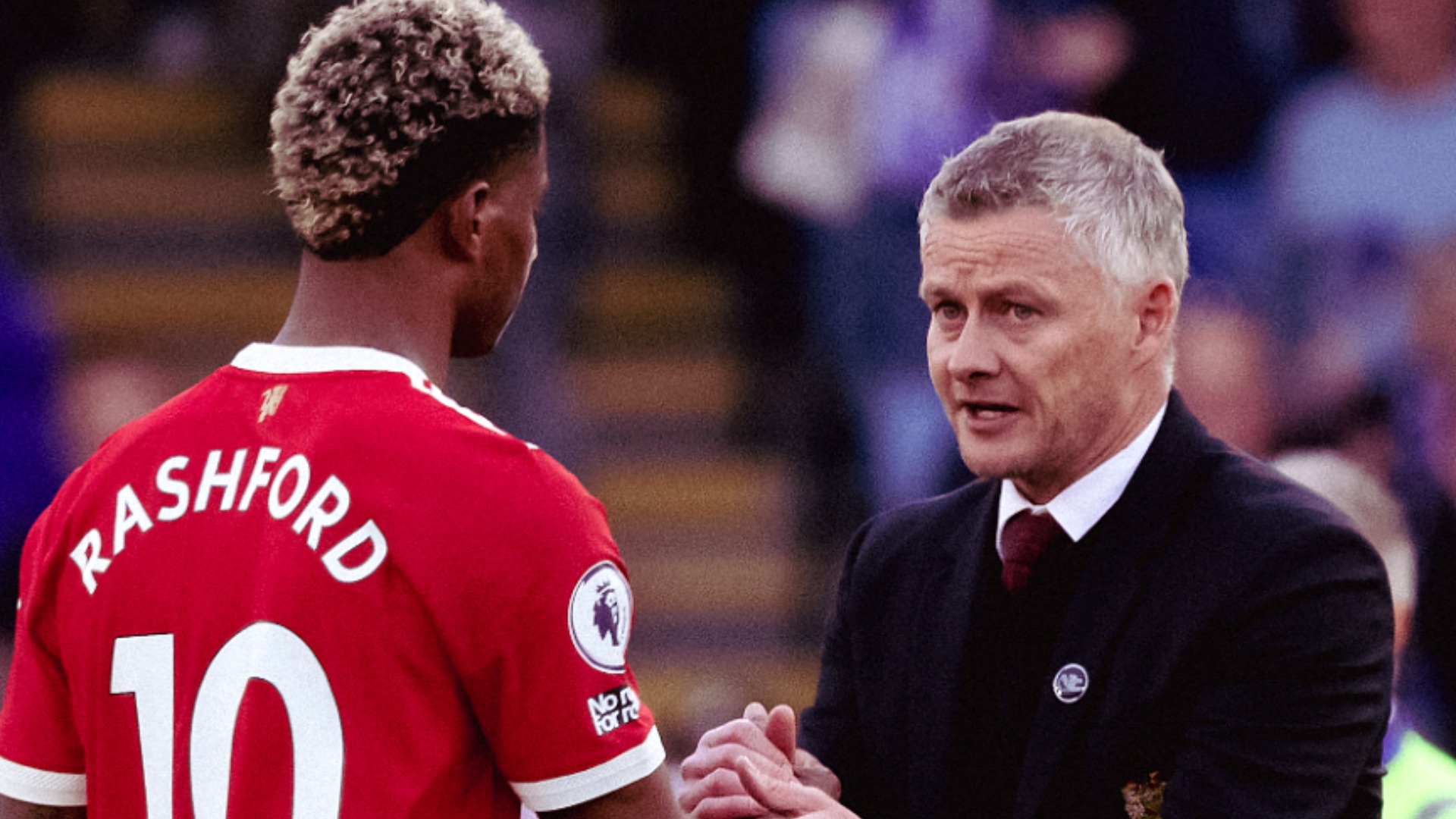 Solskjaer had been on the brink after an embarrassing 5-0 rout at the hands of rivals Liverpool, while United were outplayed by defending champions and neighbours Manchester City 2-0 prior to the international break.

Ex-United forward Solskjaer took charge from Jose Mourinho initially on an interim basis in December 2018 and oversaw a marked improvement in performance while dispelling the toxic atmosphere that developed during the Portuguese's final weeks at the club.

Solskjaer led United to sixth in his first half-season at the helm, before finishing third in 2019-20 and second in 2020-21, while his team enjoyed an English league record run of 29 away games without defeat.

However, he failed to win a trophy, reaching just one final, going down on penalties to Villarreal in the Europa League last term.

Rashford leapt to the defence of Solskjaer days after his sacking as United reportedly close in on the short-term appointment of Ralf Rangnick until the end of the season, telling BBC: "Ole's Man United at heart, nobody could ever say that he's not.

"For me, the respect that he deserves is huge, not just from us, from the fans as well.

"When Bruno [Fernandes] was on the pitch [at Watford] telling the fans that it's not just him, it's all of us, that's important as well.

"I feel like fans sometimes blame the manager. The manager can't play for us, he can set us up in the best way that he thinks possible.

"Our job is to do them instructions, do what we're good at as well and try to win games. It didn't happen for us in that game, but it's not right to blame the manager.

"I was happy that Bruno did that because it sends a message that even though things weren't going for us, Ole and team, we still respect him.

"Respect is a big thing, it goes a long way and Ole will never lose my respect."

United are eighth in the table and 12 points behind leaders Chelsea ahead of Sunday's trip to Stamford Bridge.